This is definitely a touchy subject because it involves people that the public genuinely love and for different reasons. We are always told that we are the masters of our own fate and it’s kinda strange that, specifically in Hip-Hop, this may be true in so many ways. When you look at the persona that a lot of rappers take on, there is usually a criminal aspect to it. In most cases, some type of street reference, movie relation and/or more than likely, an illegal aspect. Oscar Wilde, wrote in his 1889 essay, The Decay of Lying, “Life imitates Art far more than Art imitates Life.” For years in Hip-Hop culture, this is true.

‘Scarface,’ is perhaps the most famous ‘gangster’ in the Hip-Hop ‘mold’ that so many of us have seen over the years. Basically, the movie was a guide to not only drug dealing but, profiting from illegal gains. It also gives the urban kid the necessary knowledge and mindset on how to tackle, not only the streets, but, the Hip-Hop industry, especially back in the early 80s. So, it’s no coincidence that one of Hip-Hop’s legendary lyricists, Brad Jordan of The Geto Boys, adopted the main character’s name. Getting a little deeper, the group itself, is named after their surroundings, or at least, the perceived environment.

It Needs To Be CED: Why Do I Call Myself Black?

Before I go off on so many different theories and direction, I want to mention a few of our fallen soldiers from the world of Hip-Hop and some other mentions as far as their downfall strictly related to the names they’ve adopted and/or the lifestyles.

The Notorious B.I.G.: Album titles- ‘Ready to Die’ and ‘Life After Death’ (Murdered in California)

Murder Inc.: The title of the company and record label run by Irv (Gotti) Lorenzo, who, coincidentally, took on the surname of one of the most popular gangsters in American history, John Gotti. Murder, Inc. (or Murder Incorporated) was the name the press gave to organized crime groups in the 1930s through the 1940s that acted as the “enforcement arm” of the American Mafia (Source: Wikipedia). Without going into details, Irv Gotti and his brother, Chris, beat several charges against them that had the duo having ties to ‘organized crime.’

Now, I can continue to list names and examples showing that some of these artists determined fate through their representation (I am just saying the correlations are too eerily coincidental) and of course, I’m not saying ALL artists that represent the ‘seedy’ side of things deserve what ultimately contributed to their demise. But, there are many quotes and sayings that basically warn us that, what we put out, will come back and any other interpretations you’d like to mull over that justifies similar endings to what we display.

So, I ask again, Are We Truly Masters of Our Fate? 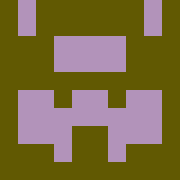